Skip to content
Latest article
Sex after childbirth stretch
Sex and the MASSIVE difference between shame and sin
Part 3 – Back in the SAK – Sex after Kids: How can I be interested? 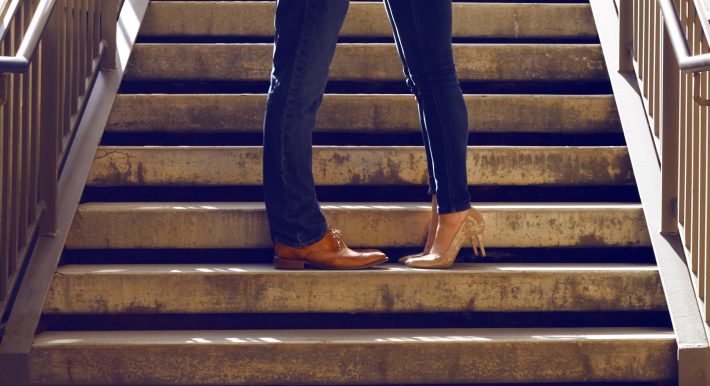 By Philippa Lowe, co-founder of Ministry of Sex (5-minute read)

For our growing Ministry of Sex (MoS) community it’s been a big couple of weeks. Susan and I have been interviewed in Eternity news, we’ve done a radio interview for Open House, we sent out our first ‘sex survey’ to gauge what people wanted to hear and read from us – and overwhelmingly the response has been: ‘”Finally! Someone willing to talk about this.”

And by ‘this’ people mean sex. In all its messy, sacred, mixed-up, challenging glory. Not just the act. Because MoS wants to look beyond the act of ‘A slots into B’ that society has objectified. MoS wants to explore what it looks like to be fully human, fully loved, in full relationship with a living God who made us in His image with desires and passions and an earthly body. What does worship look like when we are fully engaged, fully desiring, passionate beings in every facet of our lives? Working, playing, parenting and in relationship with our friends, our spouses and our world. What does sex, intimacy and desire look like when we’re flourishing in the image of God?

The growth of MoS has been much like sex itself. Snatched between Susan and my other commitments – every parent can relate to that and their sex life, I’m sure! – flashes of passion, a lot of laughter and silliness, a little embarrassment (the number of times we’ve launched into a MoS conversation on speakerphone before realising the other has a child, spouse or friend in the room) and fairly disorderly. Our journey with MoS hasn’t been Hollywood soft-focus, air-brushed bodies and sexily tousled sheets. Our commitment to you in all of this is to be real.

Honestly, I’ve been in some uncomfortable places this past week. Talking about sex will do that.

Fear of judgement: I found myself explaining my past ownership of an online sex-toys business that focused on what women really wanted, as opposed to the objectified embarrassment of walking into a Kings Cross shop to buy a vibrator. When I became a Christian (five years ago) I didn’t know if this ‘fit’ my new, ‘clothed in Christ’ self – even though I’d not been running it for three years. When my pastor told me he recommended sex toys to all couples in his pre-marriage courses, I felt a little more at ease. But coming out and sharing that publicly is no less daunting. There are plenty of unfair stereotypes attached to people who work or have worked ‘in the sex industry’ after all.

Being vulnerable: talking about sex and intimacy is about our most vulnerable selves. Selves that might have been hurt, abused, and/or shamed. I’ve become a more trusting, vulnerable person since meeting Jesus – but it’s hard every day to honour that. I use wit and humour to deflect – and this week I realised I had done so when sharing why MoS began. It’s true there’s humour in what planted the germ of the idea. When asking my pastor mate a series of forthright questions about my and my husband’s sexual relations during a bit of a drought in our intimate activities, he spluttered and said, “You can’t ask me those, you’re a woman..and I’m a man.” What? Why not?

But it goes deeper. I realised this week how it had hurt me when he’d been unable to have that conversation. I understand infidelity, scandals, church abuse etc. have rocked our faith institutions and there is reason for prudence – but being unable continue in the same vein that has marked our five-year history of robust, challenging, faith and life conversations -no matter that we are different genders – hurt.

Not knowing who to ask: So I sought advice elsewhere. I’m a journalist by background. Figuring something out for me comes from reading, researching, asking questions, talking and writing. As I attempted to share my confusion – and failed efforts of seduction – with a lovely wise woman in church, it became quite apparent that while it may have been a comfortable conversation for me, it was less so for her. My husband and I weren’t at the stage that required counselling or sexologist intervention. It was nothing that intimate time together to reconnect, a long weekend where someone else took our children, and a voucher to Victoria’s Secret wouldn’t fix. I really just wanted to bounce ideas off people – both male (figuring being the same gender as my husband they’d offer a helpful insight) and female – and receive advice. And I wanted that to be from people who shared my faith. But I ended up feeling lost and a little bit isolated.

So that’s why I, personally, am talking about sex. I don’t want anyone to feel hurt, lost or isolated in their intimate relations. Given we’re called to be in intimate relationship with our loving God, seeing that play out in our marriages in the shape of healthy, active sexual desire is amazing. I rather think God derives pleasure and enjoyment from our pleasure and enjoyment in the gift of sex He has blessed us with.

For unmarried, dating or singles, I don’t want them to feel hurt, lost or isolated in their relationships either. Whether courting or dating, single by choice, single through relationship breakdown or loss, or single because the right guy or gal hasn’t yet turned up, MoS is committed to exploring what that looks like when we know – much as churches like to deny it – being single still means living with desires and passions, including a desire for physical intimacy.

We all have core human desires of being seen, known, loved and accepted. In the end, sex without love leaves people wanting. But sexual expression that magnifies love – love for self, love for other, and love for God – has the capacity to leave the soul and body resonating in spiritual and sexual satisfaction.

That is my wish, my prayer and hopeful blessing for anyone who joins in the Ministry of Sex journey.